A lot has happened in the lending industry, the financial markets and our daily lives for that matter. The questions keep coming on what all is happening and how this pandemic is affecting Real Estate finance market.

I will try to be to the point, and help shed some light on the issue, without taking too much of your time. Since there are multiple areas that has been impacted, we will break these into sections:

“Forbearance Is NOT Forgiveness”:  You can read more about forbearance in the section below. However, due to the large amount of the misinformation, I wanted to first make this clear to the borrowers, not to take advantage of the Forbearance option. Please, if you are able to make your mortgage payments, do that. While it was announced recently that by contacting your servicer, you may request delaying your payments for 1, 3, 6, or even up to 12 months of payment forbearance, it is extremely important to
note that no one is forgiving these payments that are legally owed. It’s just a way to help those in hardship delay their payments, often these payments need to be paid in either a balloon payment at the end of the forbearance period, or distributed over time, by causing your payments to be increased or extending
your payment term. Additionally, it was announced by the credit bureaus that it will not have an adverse effect on the credit scoring, however, this will still be noted, as we already have started to see, in your credit reports, causing inability to refinance or get a new loan for a long time.  I therefore, want to urge everyone, to please, make your payments on time to avoid serious and irreversible consequences to your financial affordability in the future. We have even heard some advertisements, oddly enough, from the credit repair agencies, encouraging people to not pay their mortgage payments. This is quite unethical and the wrong thing to do. Again please note that “Forbearance is Not Forgiveness”

First a bit of background information: In September of last year, the Fed began a massive injection of funds into the market which resulted in a misconception by the market and turned into a rapid drop of rates. Overall last year we witnesses an unprecedented amount of funds change hands in the real estate finance sector, roughly about $2 Trillion. This unbelievable amount shows its size when compared with the total funds in this sector which totals about $11 Trillion. This amazing finance boom was followed with further demand resulting from the Covid-19 effects in the early 2020, with an additional demand of about $5 Trillion, which as one can imagine is simply unrealistic and impossible to process in a month, two or even 12 since the systems that are in place cannot accommodate it. The lenders began to pull back with an attempt to manage their pipelines, some with additional layers of guidelines to filter out some riskier loans, others with simply increasing the rates to control the demand flow, and or both.

The issue became further complicated with the stay-at home orders, job losses and ultimately with the announcements that forbearance will be given to those unable to make their payments due to either getting
directly infected by the disease or adversely affected by loss of income and or other hardship as the result of the pandemic, As of the date of this article, close to 3.5 Million loans have applied for forbearance. The impact is quickly felt by the mortgage servicers, (The organization that send out the mortgage statements and collects the payments) who remain on the hook to make the payments to the investors (Mortgage Security Bond Holders). The fear caused further panic in the mortgage finance market, with lenders fearing their loans not performing and coupled with their way of hedging the funds needed to fund these loans, resulting in hundreds of $Millions of losses that threaten their business and existence, market became further volatile.

The lenders in the so called Non QM market (Mortgage applications with alternative way of qualifications based on Bank statements, equity, and other creative ways of financing riskier loans with nontraditional
income documentation and hence higher rates), quickly closed their operation and turned off their office lights and literally went home, mainly due to their investors ceasing interest in buying such loans, primarily by the fear of another market meltdown such as the one we experienced in the 2008 recession.

The next wave affected a pullback from the Jumbo/Super Jumbo loan market, loans over the agency limits. They did not quite vanish, but all the top wholesalers and investors in this sector began by reducing their risk and increasing interest rates. These loans became harder to fund and those funded, having a considerable higher rates.

Then came a tiny relief for the mortgage servicers. No just very tiny, but with a penalty. On April 22nd FHFA, the oversight agency managing the agency loans (Fannie & Freddie) announced it will allow servicers a 4 month forbearance, however, they added, that for every loan not performing, they would have to cough up 700 basis point in penalties. Now imagine, if a lender made 50 basis point (i.e. 2,000 on a 400,000 loan) in profit on a loan, and would have to pay 700 basis point, (i.e. 28,000 on a 4,00,000 loan) in penalty on a loan. This is causing lenders to take extra measures to protect their business, by increasing their margins, increasing the rates to create a cushion for those instances when they would have to pay the penalties.

While this is an unfortunate situation, we can all turn it into a positive and productive time, by taking care of our health, mentally and physically, and educate ourselves, and ultimately prepare for a post Covid-19
time, 1, 2, or six months from now, whenever it maybe. Best of Luck, Stay informed and make wiser decisions.

Keep an eye here for more information on the subject as the situation evolves. 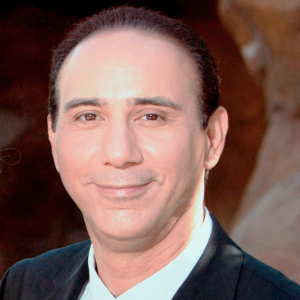 Dean Harizavi is the president and founder of Arta Financial, a licensed mortgage broker and real estate investment portfolio advisor and a regular contributor of real estate finance articles, blogs, podcasts and radio shows. Dean has over 18 years of experience in the industry with multiple graduate degrees in Engineering, Management and Finance.

Web-Design & Branding By Brand Me Creations

Have a question or simply need some info? We're here to help. Fill out your information here and we will get in touch with you within 24 hours.

*Your personal information is safe with us. We respect your privacy and never share your information with anyone.